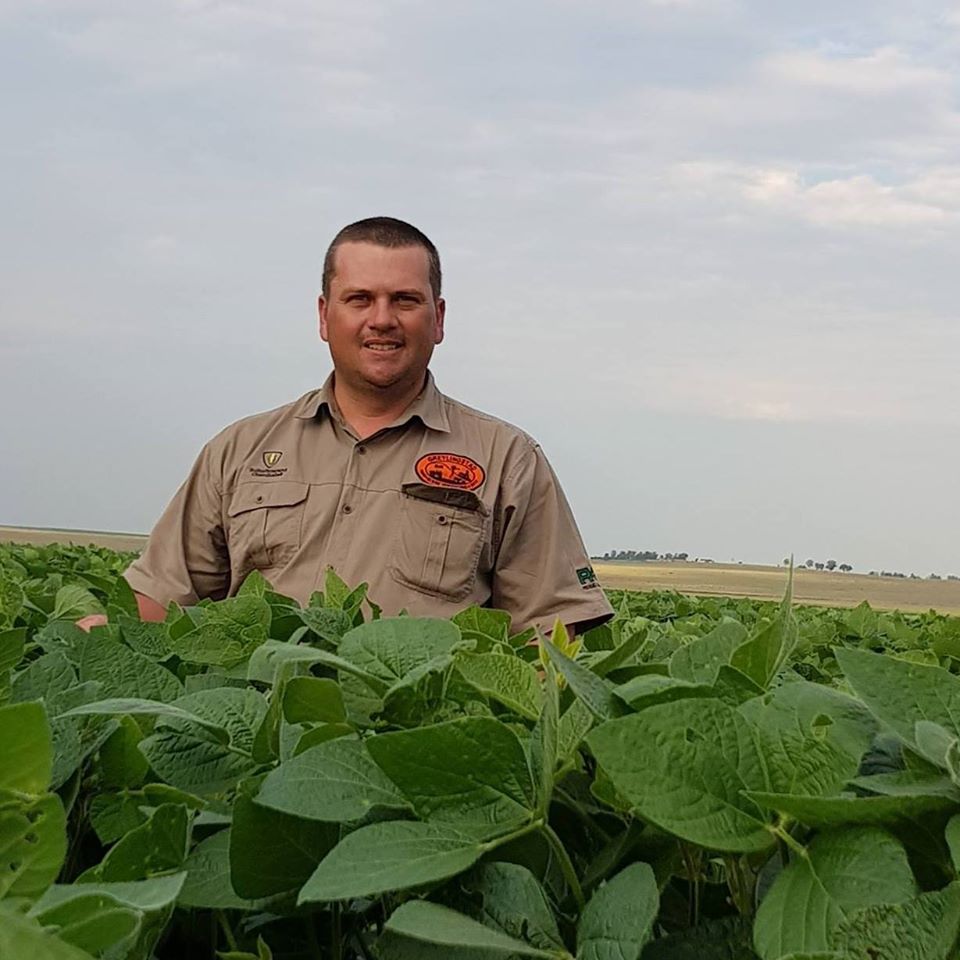 Danie Bester from Balfour in Mpumalanga is the winner of the TLU SA Young Farmer of the Year competition 2020 in collaboration with Manitou, Santam and CMH Ford Hatfield.

“We were very impressed by Danie’s use of technology and his international collaboration and research on mostly soybeans,” says Mr Henry Geldenhuys, the president of TLU SA. “He is indeed a farmer who not only adapts to the available resources but expands and improves it. That is exactly the type of innovation that we look for in our young farmers. He’s got a bright future ahead of him.”

Danie (35) studied at the Potchefstroom College of Agriculture after school. Like most children who grew up on a farm, he started learning the ropes of farming when he was a little boy. He officially started farming after school, and have been on Rietbult in Balfour, Mpumalanga the past 12 years. He takes care of the crops, consisting of maize and soybeans, while his dad, with who he farms, takes care of the cattle.

Danie is married to Janet, and they have two kids, Dawie and Janike.

Apart from the prestigious title of Young Farmer of the Year, Danie will also receive the following from our sponsors:

CT van der Merwe (35) from Dendron in Limpopo is the runner-up. He’s been farming on the Al3 Boerdery Farm for the past 13 years. The produce potatoes, butternuts, onions, cattle and recently also added dragon fruit to their range. CT receives R15 000 from Santam.

Janis Terblanche (32) from Marble Hall in Limpopo receives R10 000 from Santam for the third place. Janis has been farming for the past ten years, and he bought his farm – on which he grows grapes – six years ago.

“We want to congratulate each one of these young farmers with their skills and know-how,” says Mr Geldenhuys. “We are satisfied that the future of agriculture is in competent hands.

“We also want to thank our sponsors Manitou, Santam and CMH Ford Hatfield for the vital role they have in this competition. Your investment creates hope in our young farmers.”